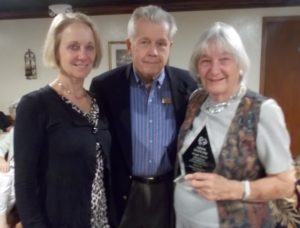 Elsie Quirk Library Volunteers were honored on April 13 at La Stanza Restaurant. Sarabeth Kalajian, Sarasota County Library Director, welcomed all and noted that our luncheon was taking place during National Library Week and National Volunteer Week, a perfect time to honor volunteers in a special way. She presented Elsie Quirk Library volunteer, Roberta Reese, with an award from the Sarasota Board of County Commissioners for logging in the most hours in the Volunteer Login System between September 1, 2015-March 2, 2016. The award is presented each year to top County volunteers during National Volunteer Week, and Roberta was honored as having volunteered the most hours at Elsie Quirk Library for the second year in a row.

For the past 12 years, the Friends have recognized a volunteer who has displayed exemplary service to Elsie Quirk Library with a Star Award. Friends’ Bookstore Manager, Camille Thinnes, (who received the first Star award), presented the 2016 award to Odie Kourapis who has volunteered two or three days a week since 2011. 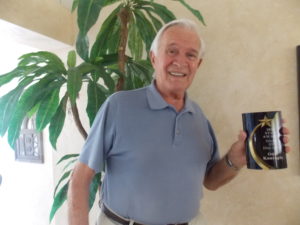 A very surprised, Angie Zerad, who has served on and off the Friends’ board since the 1990’s, received an Elsie Quirk Library Lifetime Membership Award. Angie, a talented pianist, donated a piano to the library in memory of her late husband, Frank, several years ago. She provides musical entertainment at special library events throughout the year and is also a former newsletter editor and writer. Angie recently donated a bench and an engraved brick for The Friends’ Golden Reading Garden. 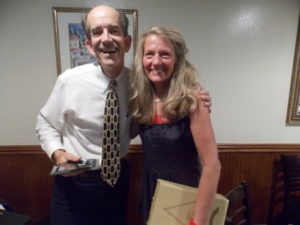 Ron Cutsinger, who served as the Friends’ President for the past six years was also awarded a Lifetime Membership Award for his help in establishing an endowment fund with the Gulf Coast community Foundation of Venice. In 2010 he was instrumental in planning the renovation and expansion of Elsie Quirk Library and showed strong leadership during the planning and installation of our 50th Anniversary Golden Reading Garden. 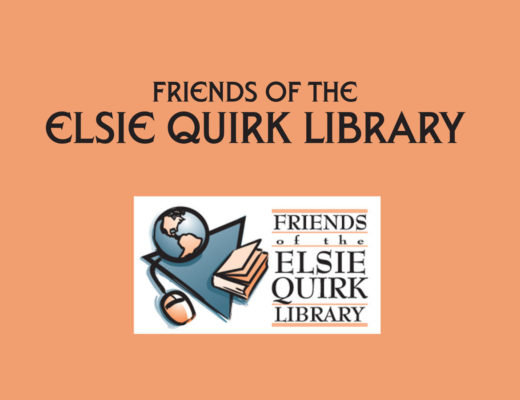 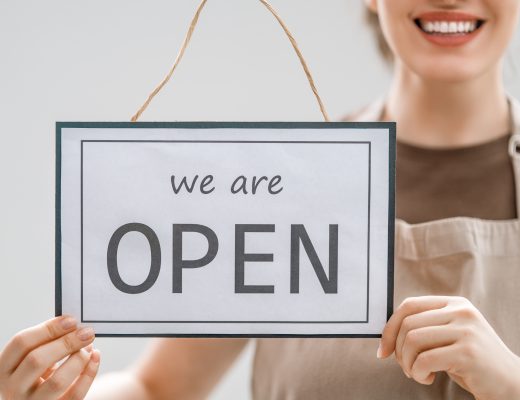 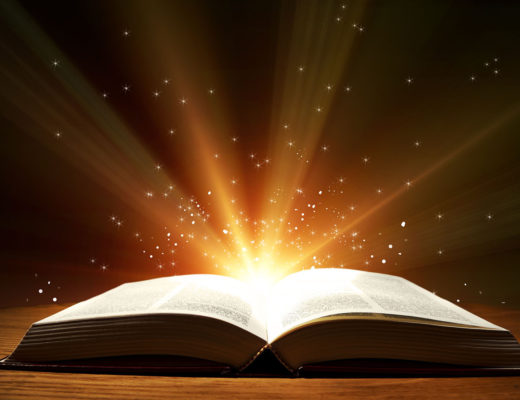